While Dauntless is preparing for her debut, my back is complaining that it can’t support the lifestyle my mind demands. 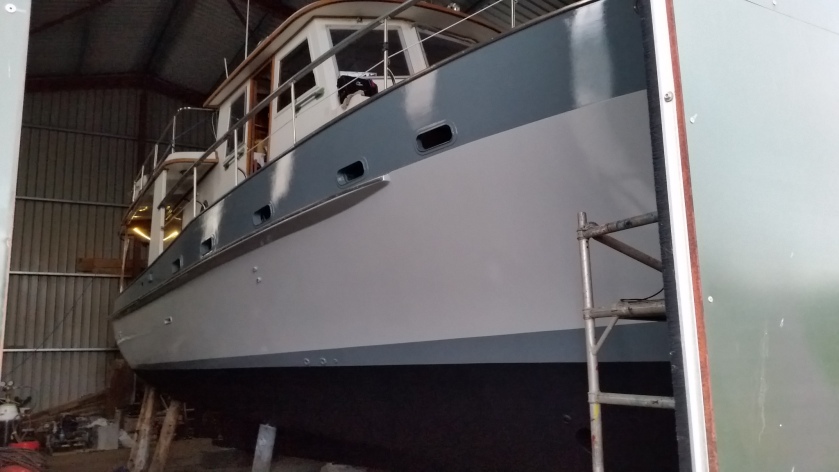 So I thought the analogy of a car stuck in the snow, with spinning tires was a pretty good.  But now I have a little additional bit.

Last night, before bed, I wrote about the simple 3 goals in 3 days’ plan.  Still has a ring to it. I got about half a day’s stuff done; only took me 18 hours.  At this rate, I have my three days of goals done sometime next month.  But I digress.

Well, my mind was having none of it.  At 4 a.m. this morning, it decided that I had to also rig the new rocker stoppers.  Things that replace the paravanes birds while the boat is at anchor and not moving.  So in the dreamy state of half sleep, half awake, my mind started spinning about new riggings.

Finally, at 5 a.m., still not sleeping, I decided to get up.  Within minutes of actually being awake, I realized I had just spent the last hour spinning my wheels fruitlessly.

But then I thought, was I really spinning my wheels?  I think in that half-awake state, it’s like the car is still stuck in the snow and you are stepping on the gas, revving the engine, but going no place.  But the wheels are not even spinning, you may think they are spinning, but the car is actually not even in gear!

Because within seconds of actually being awake, I realized I had no issue, as I had not planned on rigging the rocker stoppers any time soon any way.

One thought on “Dauntless Lurks in the Dusk”