300 days and 7,000 miles later, we backed into the slip at Fish Hook Marina in Golfito, Costa Rica.

Last year, my goal was Mexico, I’m a few weeks and miles short of that goal, but all in all, I’m happy.

My euphoria has been enhanced by the Pacific. Why have you folks kept it such a secret?

Since arriving in the Pacific, our 5 days of cruising has required the use of the paravane stabilizers NOT ONCE.

Now, to put that in context, since leaving Ireland on July 1st, 9 months ago, we’ve probably spent about 180 of those days underway, we needed the paravane stabilizers on all but 5 days. So, in our first 5 days of cruising in the Pacific, we have already matched our 2016 total for flat or small seas.

When I get back at the end of April, I’ll be ready to begin phase II.

At this point, it’s getting up the west coast.

How long that takes is anybody’s guess, but I don’t have the same time pressure that has driven me the last two years.

I may even have time to wake up and smell the coffee. 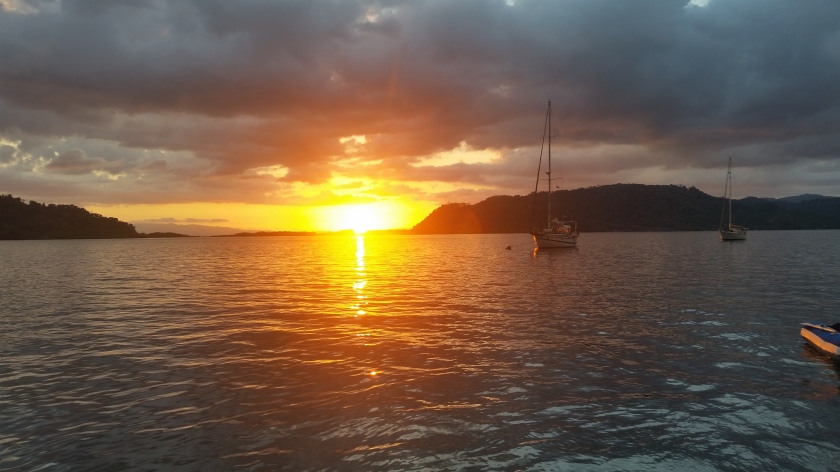 And it turns out, I may have a lot of ti