Passing under the Golden Gate, I felt the chapter coming to the end. Like turning the page and seeing only a short paragraph remaining.

As I made my course eastward under the bridge, the winds picked up as forecast to westerly at 20 to 25 knots. I was happy to have just gotten up the coast before the band of strong northwesterly winds had reasserted itself.

I also knew now that no matter what the winds did, my ride to Vallejo would be relatively smooth and it was. The picture shows the Maretron data with winds as high as 32 knots, but the roll reduced over what it was on the ocean.

After a few hours of motoring up the channel, Fly Wright was there to greet me.

I had to dock outside my covered slip that first night, as I had to lower the mast and the paravane poles.

With many hands helping, the mast the poles were easy to lower, though I wondered how I managed to do it myself a few times.

We had a great dinner that evening at the Sardine Can, a good restaurant near my slip. The next day, I moved Dauntless to her winter home. She’ll be there, out of the sun and rain until next spring, when we continue our northward trek.

This time I remembered to change the oil right away. I also had a long list of items to do before I flew away.

I’ll be back to her in September to commence a long list of projects that hopefully will be done by spring. 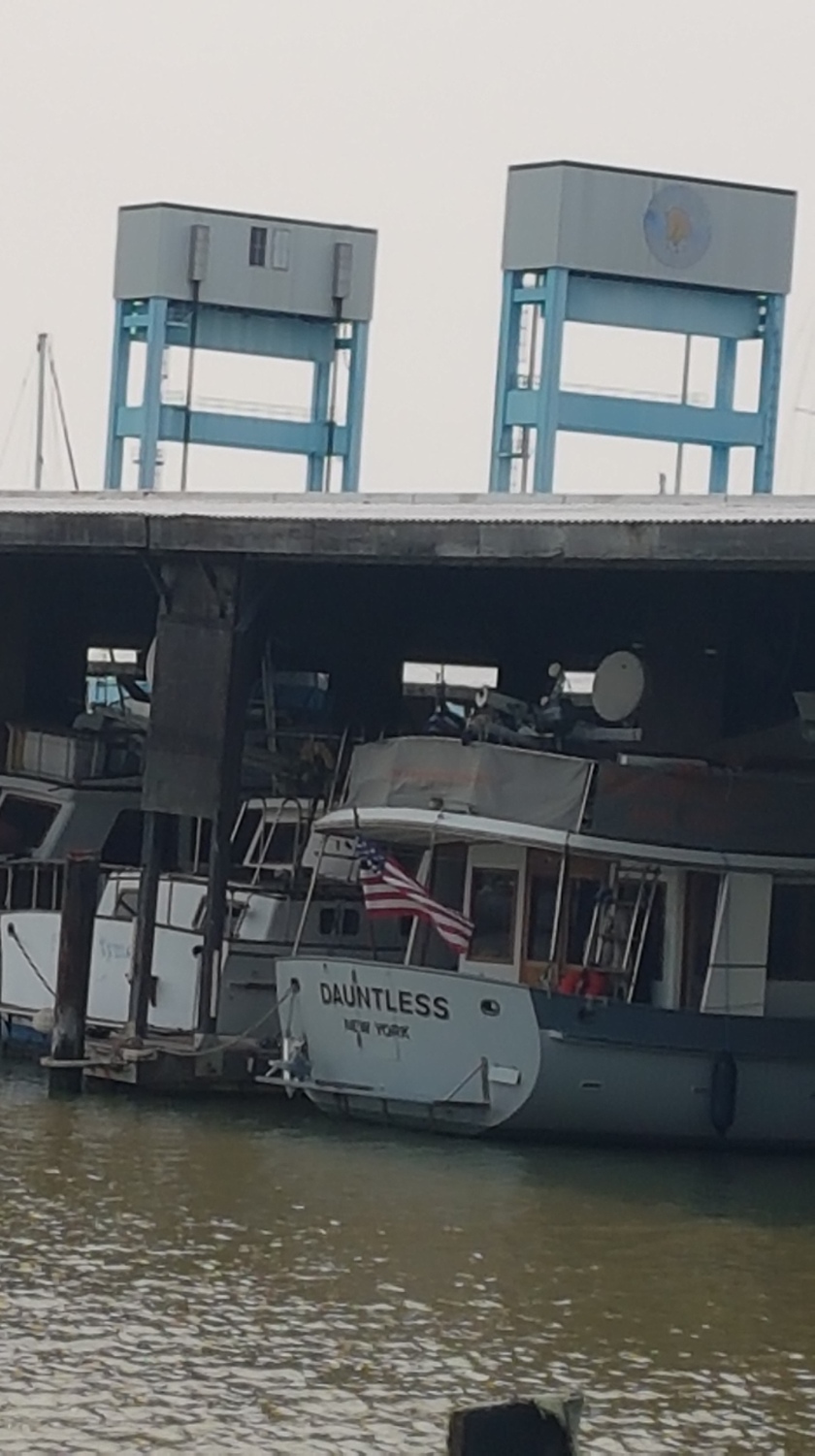