People tell me how brave I am to cross oceans in a little boat like my 42-foot Kadey Krogen. That’s a sentiment that always makes my uncomfortable. I know I’m not brave and I hate fixing things because I suck at it.

But I’m prepared, and I pride myself on being self-reliant.

That self-reliance trumps everything else. It tells me I Can Do It; even when waves are towering over my head, as we bob in the middle of ocean until I solve the problem.

That self-reliance washes over me like a breaking wave, letting me sleep at night, enjoy the day and think, reason, all the time.

My mother and god-mother were always quick to relate the story to anyone who would listen of when I was very young, so young, that I have no recollection, of me crossing the street with my god-mother and my tricycle. Getting to the curb on the other side of the street, my god-mother went to help me lift it onto the curb and sidewalk, but I didn’t want any help and became adamant, yelling, “Self, Self”, evidently the only words I knew at the time.

That’s not bravery, I just didn’t want any help. My self-satisfaction comes from getting the job done myself. When I must ask for help, I feel a failure. I wasn’t prepared.

Like one Christmas eve before Dauntless came into my life, my wife and I were on one of our winter adventures, this time on the Gaspe Peninsula, well north of Novia Scotia and north of New Brunswick. We found ourselves stranded on a mountain trail. (Google maps depicted it as a road, but in fact it turned out to be a skimobile track, as I discovered trudging thru the heavy snow looking for a place marker) I had strayed off the snow-covered road and the right side of the Jeep was in a deep ditch. After spending hours doing everything I knew to get us out, I finally relented and called the Canadian Mounties. Another hour later, they showed up with a tow truck, who pulled me back onto the road and we were good to go again.

I was bummed that we’d had to call for help and further bummed that we were so close to getting over the mountain heading to the coast, and now, we would have to backtrack and take the long way around. As you know from my experiences in Cabo, I hate turning around.

But only a couple hours later, ensconced in a warm, little restaurant, that was luckily open on Christmas Eve, another adventure that ended well and a lesson learned: when in Quebec, learn French.

While I no longer have that Jeep or that wife, I still find myself reflecting what I should have done differently. After years of thought, a little fortress type anchor with a come-a-long, would have gotten us out on my own. I think!

When I became the commander of a weather station in Alaska, while in the U.S. Air Force, I remember my commander making it clear to me that my job was to make sure he never heard from me. No news was good news.  That was simple, direct and effective.

Of all the organizations I have worked for and with, I found the USAF to be the best at teaching leadership and thus building consensus within units. For people who have never served in the military, the perception is that it is a top down organization. In fact, that’s not the case.

Our military is not like the German’s of WWII, in which the SS was tasked with executing German Army members found to be retreating or the Russians, who had political minders in every unit ready to shoot anyone who turned their back to the enemy.

Our military leaders, officers and non-commissioned officers (sergeants) are taught to build consensus through trust and respect. Nobody is going to charge that hill if they think, you, as their leader, don’t have their best interests in mind.

It’s why when push comes to shove, I think we do have the best military people in the world.

Taking the leadership skills, I learned in the Air Force suited me well in my education career. When I became the principal of a failing school in the Bronx, I did turn it around. To do so, I needed the support of the teachers, which I had, despite a couple of malcontents.

In fact, despite them, we were able to make significant changes to our programming, like adding block teaching classes and longer one-hour periods, that required the approval of the teachers and the teacher’s union representative. Every year these initiatives were approved because of consensus building. Our results reflected this success, with a more than doubling of passing scores on the years’ end tests and our graduation rate. Chancellor Klein said to put the kids first and I did. Simple.

Now a normal minded person would think that self-reliance is a good thing. I don’t take it to extremes, I’m still not stuck in the snow waiting for spring.

So, what’s the downside?

I never recognized that my immediate boss in the NYC Dept of Education, hated my self-reliance. It was my Achilles heel. I thought our data spoke for itself. Our school was doing much better than our peer schools. But New York is nothing if it’s not political and I’m not so political if you haven’t noticed.

When the regime changed, my focus on students and their success, no longer mattered. My supervisor didn’t want a self-reliant principal, she wanted a sycophant. I should have been calling her every week, asking for advice, letting her help me wipe my ass. 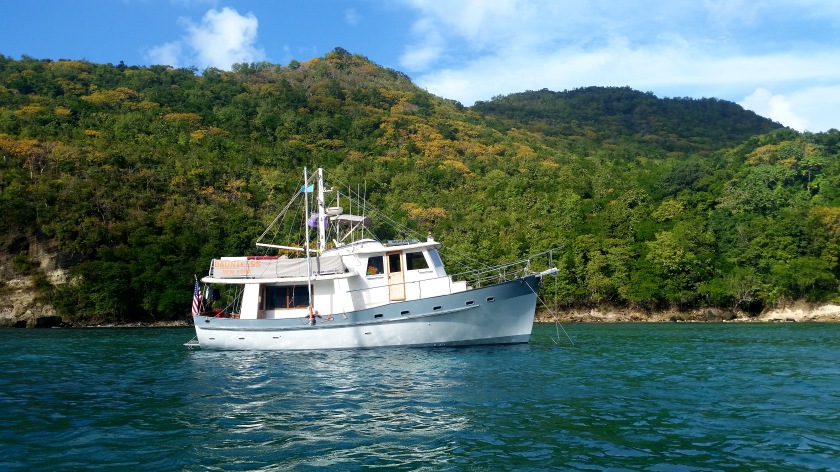