A Typical Day on Dauntless

When I started the light project this morning, I thought I’d be done with some luck by 10 a.m., but would have bet the baby that I would be done by noon.

So, I thought this would be a good opportunity to quote one of the sages of Trawler Forum, Phil Fill (I am not making fun of his name nor making it up).  As Phil Fill wrote recently about boat ownership:

When my wife bought the Eagle we were newbie’s wanna bees and we had a ton of questions. I was not a very happy camper at the time! The things we wish we know before buying and becoming a live aboard was:

What to do with our worldly junk/stuff, especially the sentimental and remembrances? We gave what we could to family friends and charity, there was still at last two dozen trips to the dump. It’s amazing what we collect over time. Do I really need 3 of these?

How little 30 amps at 120 volts AC is. We had to reset the breaker dozens of times each day. When we lived in the house we never threw a breaker? What’s 30 amps and where can I buy more amps?

How little two hundred gallons of water is and 12 gallons a hot water. I just fill the tank yesterday? It seems the water and/or the hot water usually ran out in the middle of a shower. Ahhhh!

How little room there was for shoes, cloths, shoes, person items and did I mention shoes? Had to pare down to two small closets. We were forced to wear the same thing more than once. How embarrassing! We have to buy another boat just for our stuff!

What you cannot put down a marine toilet? How come the toilet is plugged again. I only used two hand full of Charmin toilet paper? We are limited to only things that have been eaten, so the toilet can not be used as a garbage disposal?

The refrigerator is too small as there is no room for our drinks, and NO ice? Ok so we don’t have to eat! Remember, in college we lived on beer, pop corn and chips, We can do that again!

I don’t feel so well! How can both of us catch the flu at the same time, and how do we make the bloody boat stop rocking/moving. Gawds, I hope the toilet is not plugged again!

The boat makes these weird sounds. The toilet sounds like a garbage disposal, motors come on/off, we can hear water, the fenders and lines make creaky sounds. How does a person sleep with all this noise? What do you mean it’s relaxing?

So where did everybody go, its only 6 o clock. What do you mean there are only two of us living in the marina and it’s an older couple three docks down. Well who are we going to party with?

Our address is West Marina, Dock 2, slip 3, Fairview. Seattle WA. What do you mean that is not a good address and our driver’s license can not be renewed or have food delivered. Will you accept our GPS locations?

Thanks for those words Phil.  He is generous with his posts in that he always tries to answer the question posed in as objective way as possible. But Trawler Forum can be a tough crowd at times.

The sun is setting, so you know what that means?  Almost bedtime.  I live this life that is closer to nature than ever before.  I get up once or twice (6 months ago, it was 6 times) a night to check out those strange, creaking noises.  Even, as I lay in bed, telling myself I know what that sound is, but then, I’ll hear a variation, so covers off, up we go, walk around, look at the sky and stars.  Feel the wind, the rocking of the boat and the whirring of the refrigerator compressor as I fall back asleep.

I’m currently tied up at a dock.  At anchor, there is a whole other list of motions and sounds to worry about. I now set two anchor alarms, but it’s always a bit disconcerting when I forget the next day to turn them off and they finally go off after we are underway and have moved almost a mile!  Just makes for a busy night.  I’m learning to sleep like a cat. Which brings up another point, have a cat would be nice.  I already have a name for the future cat, Intrepido. 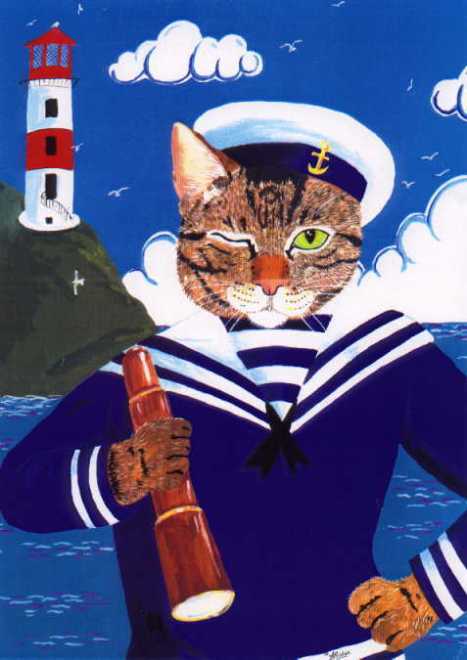 Published by Richard on Dauntless

I’m an eclectic person, who grew up in New York, lived overseas for many years and have a boat, Dauntless, a 42 foot Kadey Krogen trawler yacht. Dauntless enables me to not only live in many different parts of the world, but to do it in a way that is interesting, affordable, with the added spice of a challenge. Dauntless also allows me to be in touch with nature. As the boat glides through the ocean, you have a sense of being part of a living organism. When dolphins come to frolic, they stay longer if you are out there talking to them, watching them. Birds come by, sometimes looking for a handout; sometimes grateful to find a respite from their long journey. I grew up on the New York waterfront, in the West Village, when everything west of Hudson St. was related to shipping and cargo from around the world. For a kid, it was an exciting place of warehouses, trucks, and working boats of all kinds: tugs and the barges and ships, cargo and passenger, they were pushing around. My father was an electrical engineer, my mother an intellectual, I fell in between. I have always been attracted to Earth’s natural processes, the physical sciences. I was in 8th grade when I decided to be a Meteorologist. After my career in meteorology, my natural interest in earth sciences: geology, astronomy, geography, earth history, made it a natural for me to become a science teacher in New York City, when I moved back to the Big Apple. Teaching led to becoming a high school principal to have the power to truly help kids learn and to be successful not only in school but in life. Dauntless is in western Europe now. In May and June, I will be wrapping up the last two years in northern Europe, heading south to spend the rest of the year in Spain & Portugal. Long term, I’m planning on returning to North American in the fall of 2017 and from there continuing to head west until we’re in Northeast Asia, Japan and South Korea, where we will settle for a bit. But now, my future lies not in NY or even Europe, but back to the water, where at night, when the winds die down, there is no noise, only the silence of the universe. I feel like I am at home, finally. View more posts