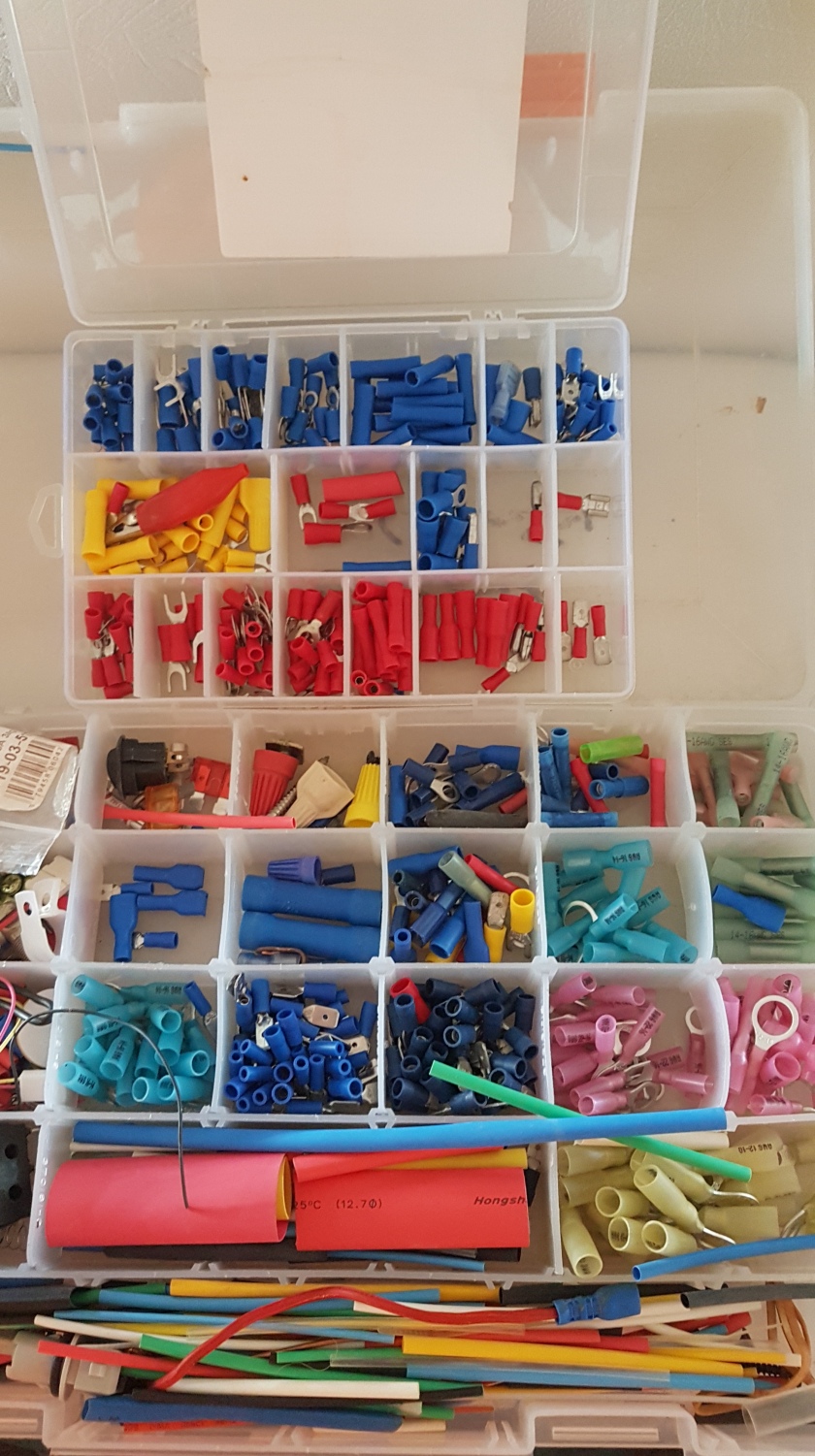 I was looking forward to this project, as I like working on the electrical things and I just wanted to also tidy up the wires and the things I’d done over the last couple of years.

So, I get my two trays of electric connectors, with hundreds of pieces and what do I find: hundreds of males and a half dozen  females.  Sociologists warn of impending disaster when the male to female numbers reach 52% to 48% respectively in society. Because those single males unable to find mates wreak havoc on the society.

All those rogue elephants in Africa, male. Nuff said.

Female spade connectors are needed to connect a wire to the switch or instrument. I need about a dozen just for the forward head. The current connections are all corroded considerably. I know why, but don’t think I’ll mention it, other than to say, my not wanting to throw anything away can be dangerous.

Amazon will deliver the females on Tuesday.

So, I could tackle the paravane bird holders. I’ve tried various things in the last 4 years. Some have been a bit more effective than others, but in the last weeks I’ve gotten tired of stepping over them on the side deck. With the paravane pole taken down, there is not way to secure them.

In normal use, even if I think I won’t need the paravane stabilizers, I will deploy the poles only.  This allows me to deploy the birds without having to go the flybridge again. So, I need a method to secure them, with or without the poles in place.

This has been an ongoing issue. Each half-assed system I make, breaks sooner rather than later.

My solution is very simple, net and won’t get in the way, in the narrow deck space. I must say, that I think my time in Vietnam has enabled me to see simpler solutions. The Vietnamese make do with whatever they have, which is fractions of what we Americans are accustomed to.

It’s a thrifty culture and probably what I need in my reduced earning years.

To that end, I have also really tried to limit my going out for dinner. Thus, my chicken and brussels sprouts for dinner today. Very good.

One thought on “Hundreds of Males, Too Few Females.”