I’ve been ready to leave Vallejo for a couple of weeks. But the winds off the northern California coast are proving to be more persistent than the northerly winds off the Mexican coast last year. There is a blocking high pressure area in the eastern Pacific that just won’t leave. It’s certainly been there almost all spring. Doesn’t it realize summer is almost here?

One of the other manifestations of this weather pattern is the north east has been cooler than normal.  Let New York have the brutal hot and humid conditions they are used to and let me have gentle breezes.

This is all stainless except for that compartment of brass screws on the right. I’m holding a 1 Kroner Norwegian coin. It has a hole in it and is not magnetic, so it goes with the washers.

So, in the meantime, I am organizing.

I had wanted to put off this tool and parts re-organization until this summer when Ti and Thien are with me. I had thought that it would be a good way for them to understand what things are, where they go and how we use them.

During the last two months as I have worked on various projects on Dauntless, countless jobs have taken longer than they should because I can’t find the right tool or part. Admittedly, it doesn’t help that I have spent 20 minutes looking for a flashlight that I could not find because it was ON and my brain was not looking for something that was lite, no matter how obvious.

I have also spent 15 minutes looking all over the boat, for a part I had just found only to have placed it someplace. 15 minutes!  I knew I had put it someplace I wouldn’t lose it. Where was it? In my left hand!!

Talk about the right hand not knowing what the left hand is doing! 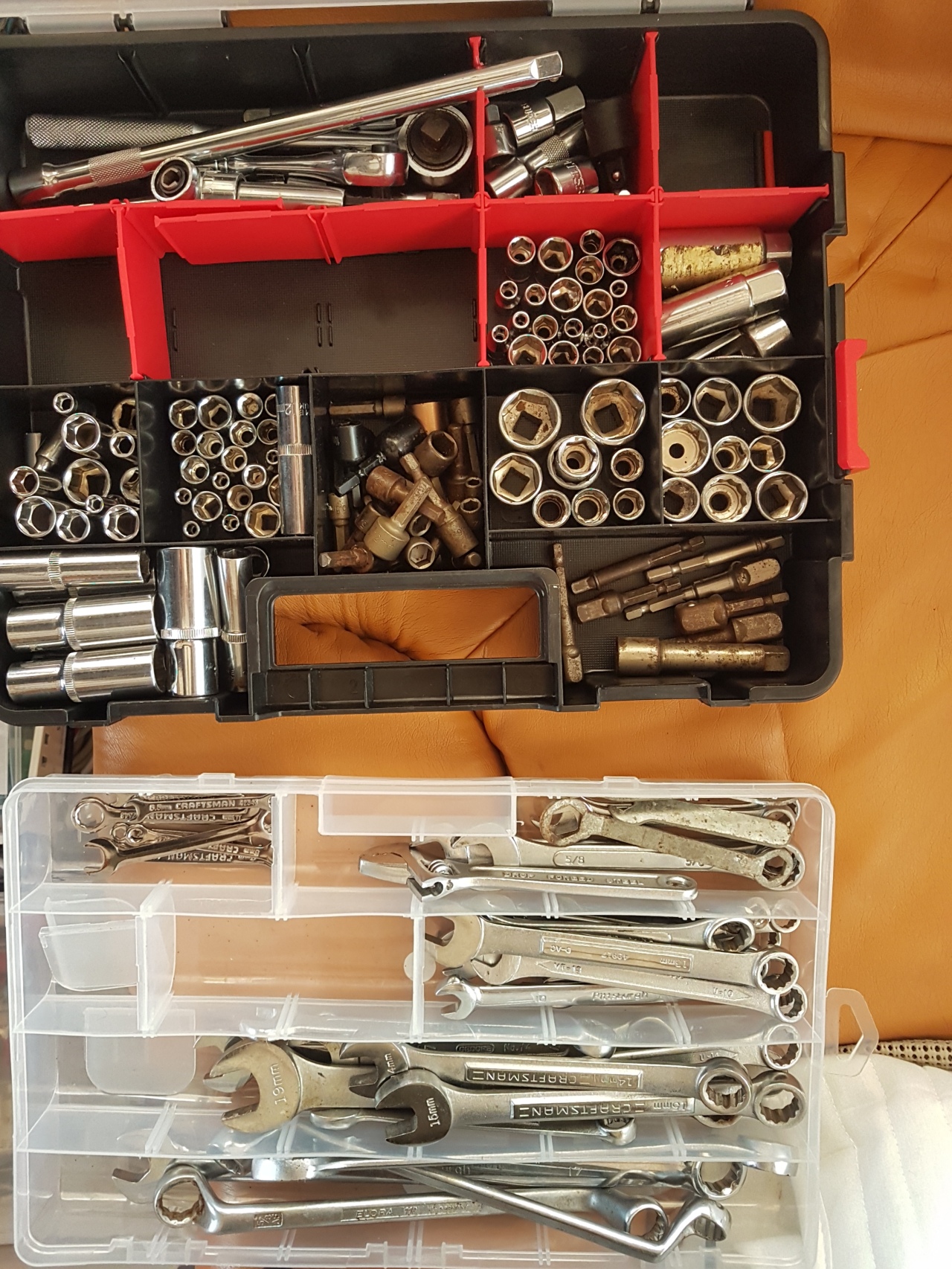 So, a re-organization is necessary. I mentioned before that I had mixed stainless-steel bolts and screws with non-stainless. But I discovered I did not just have one tray organizer like that, but three or four.  I also found fasteners that I thought I had but couldn’t find.

Now, everything is in its right place.

I also had the problem of finding four 13 mm wrenches, but not the one 14 mm I was looking for. Now, I have a full set hanging in the engine room (before I just had the 13, 14, 19, and large adjustable that I needed for the fuel filters).