Light winds, flat seas and we even saw a whale.  The first whale I’ve seen since the Atlantic crossing two years ago. Sorry no picture. 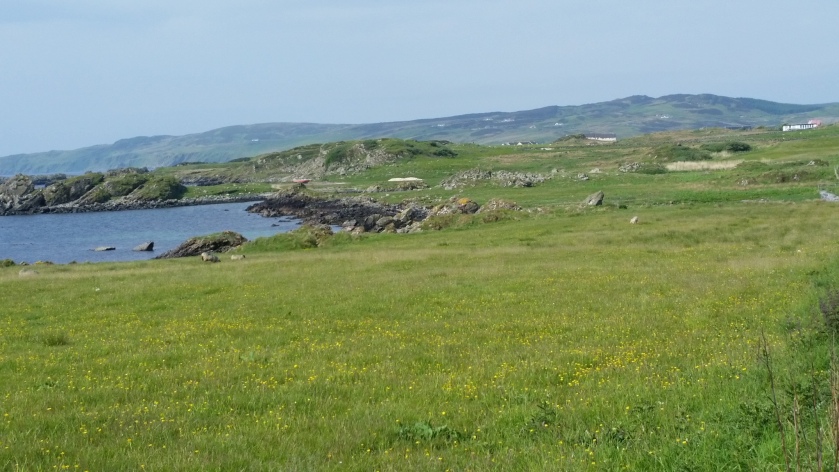 The beautiful conditons make the miwery I went through to get up to Scotland in those ferocious winds and wnaves worth while.

Scotland is one of the most beautiful cruising areas in Europe. Green hills, many isolated islands, and a lot of sheep; what more can one ask for?

Brian, another Kadey Krogen owner, and I have spent the last week getting Dauntless ready for action.  This was made harder by the fact that we were underway as often as we could be to get to Scotland sooner rather than later.

And while I have not eaten haggis yet, I have drunk more scotch whiskey than usual and am even drinking the ouyde jenever that Henk and Ivonne brought me last year.  Honestly, I like it as much as most whiskeys.

Tonight we are on the hook for the first time in 2016 in a quiet cove on the island of Coll called Arinagour. Yes, the home of the first men, or close to it!